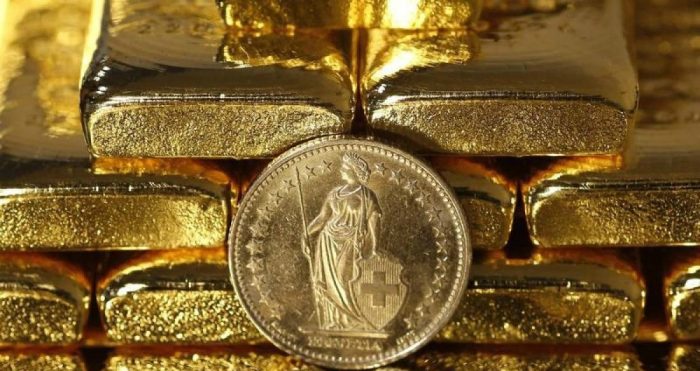 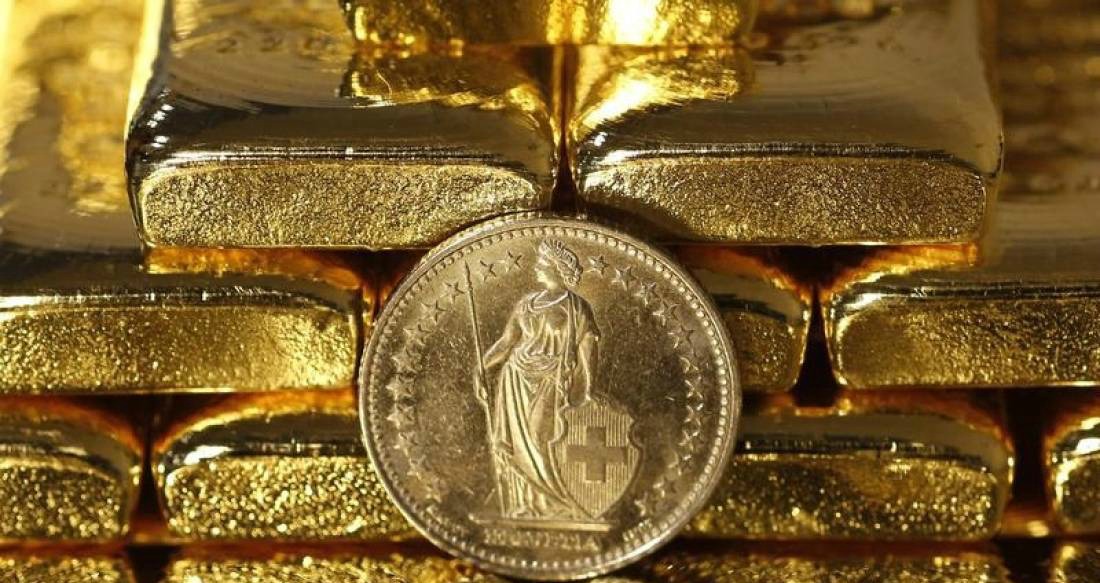 The Swiss 20-franc (FR) gold coin, also known as the Vreneli or Swiss Miss, remains one of the most popular and classic gold coins today. With an attractive look and distinctive design, they offer all the advantages of gold bullion plus additional benefits like limited supply, historical significance, collector demand, and extra premium potential due to of scarcity. If you are looking to invest in this beautiful piece of Swiss history, contact us today.

Vreneli coins feature a lovely young woman wearing a flower garland around her neck. The backdrop of the bust is the majestic Swiss Alps and the word HELVETIA appears above her head. On the back of the coin is a Swiss shield before a ribbon-tied oak branch. The denomination of the coin, 20 FR, and the date the coin was minted are also on this side.

Each Vreneli Swiss 20 FR gold coin is made of 90 percent gold, weighs 6.4516 g, and are 21 mm in diameter. The Swiss gold coin price is mostly determined by supply and demand and the underlying value of gold, however, most trade for a premium over melt value due their age and rarity.

Many collectors and investors are interested in buying this gold Swiss coin, and for good reason. Many associate the Swiss-minted coins with Switzerland’s fiscal conservatism, strength, and stability over the years. Additionally, many investors want to buy Swiss gold coins because these are rare and historical, with gold content much higher than its face value of 20 Swiss francs.

If you’re wondering why investors buy gold in general, there are three primary answers:

1) Investors want to buy gold because of its investment potential. Over the past decades, the price of gold has moved steadily higher. People buy gold in bullion and coins to diversify their precious metals holdings.

2) Certain gold coins are prized for their liquidity and beauty. For instance, a gold coin in limited supply like the Swiss Helvetia, is typically more valuable as a collectible. Investors know that the spread, or difference between bid and asked quote, will usually be higher. That’s why gold collectors prefer gold coins with a sufficient market and high liquidity.

3) During times of severe economic stress and high inflation, such as the Great Depression, gold coins provided protection of buying power. Gold coins were accepted as legal tender when paper currency was severely devalued. Although, it’s more difficult to imagine using gold bullion bars in that scenario, any type of gold investment serves as a hedge against uncertain economic times.

One of the reasons Helvetias are particularly prized by collectors is because they’re the work of a famous artist, Fritz Landry. Originally from Switzerland, Landry was well-known for his sculptures and engravings.

He learned the art of engraving from his father and grandfather in their watch case engraving business. However, he fine-tuned his skills as a student of Antoine Bovy, a renowned medalist of the day.

Because the market for Helvetias attracts many investors, collectors buy these Swiss gold coins for sale with confidence.

The Helvetia is synonymous with western Switzerland today but, in history, it referred to the entire Swiss nation. The Helvetii was conquered by Julius Caesar in 58 B.C. for the glory of the Roman Empire.

Switzerland was formerly named the Helvetian Republic (1798) when France’s Napoleon ruled the region. When he was eventually defeated, the Congress of Vienna (1815) declared Switzerland’s sovereign nature. Since that time, Switzerland was known for its neutrality in wartime.

Switzerland’s National Mint (Swissmint) in Bern produced the Swiss gold coins, e.g. Swiss Gold 20 FR coins, between the years of 1897 and 1936. However, it ceased production in that year because of the global depression economy. Restrikes of the popular gold coins occurred in 1947 and 1949.

Request a Call Back